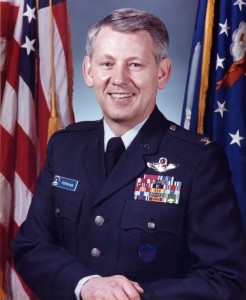 At our business luncheon held at McCormick Ranch Golf Club on 12 Dec 2013, Colonel Ronald J. “Ron” Perkins, USAF (Ret), was presented the National MOAA Leadership Award by Chapter President Colonel Rob Welch, USA retired. “Ron” was recognized for his clearly exceptional and continuing contributions to not only our MOAA chapter, but to our state MOAA Council of Chapters and to all our veterans residing in the state of Arizona.

Colonel Perkins, USAF (Ret) became our Chapter’s 50th President, serving two terms (2009 and 2010). In addition, Ron has served in four other key chapter positions; Vice President, Membership Chair, Secretary and newsletter editor. He continues to be active in chapter activities as a mentor and as the editor of our electronic newsletter, Just In Time.