Two ROTC Scholarship awards totaling $5,000 were presented this year during the Chapter luncheon at McCormick Ranch Golf Course on Saturday, the 17th of May?2014. ?Both scholarship recipients indicated they intend to serve in the military after their advanced schooling.

JROTC Cadet Emily E. M0lina of North High School has been accepted at Northern Arizona University, and is awaiting word from Arizona State University where she will be enrolled in the Army ROTC Program. ?Emily plans on pursuing a degree in criminology.

Ms. Megan E Villandre, a daughter of parents who are both members of MOAA, is a senior at Anthem Preparatory School has been accepted at the ROTC programs of the University of Alabama and the University of Notre Dame. ?She has chosen the Naval ROTC Program at Notre Dame. ?Megan plans a career in the Navy as a Nuclear Surface Warfare Officer. 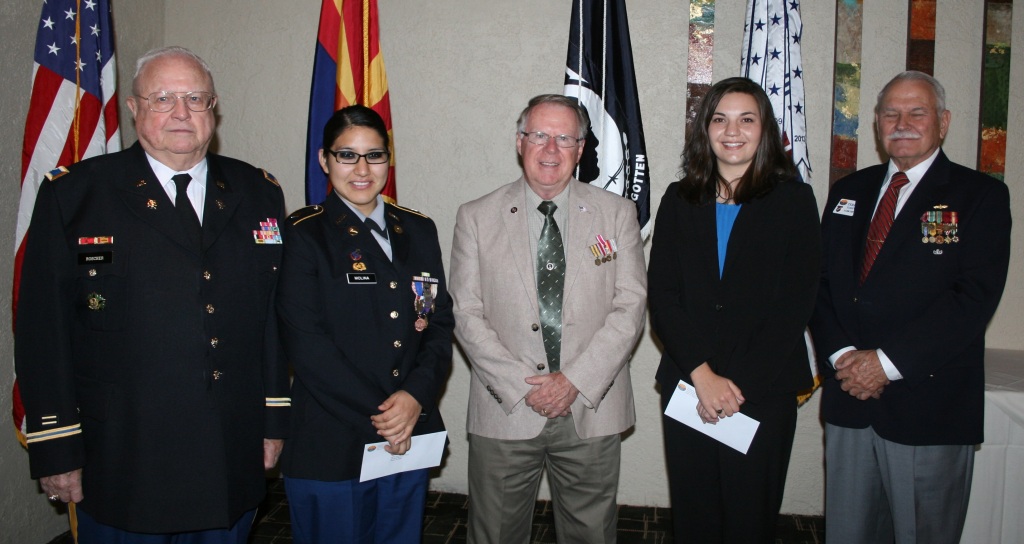