????? The Arizona Chapter reported for duty at the National Cemetery for another spectacular Memorial Day.? Chuck Schluter laid the MOAA wreath and Dan Conway, as President of the Arizona Council of Chapters, had a place on the grandstand.? The Color Guard was Terry Tassin, William Johnson, Ronald Green and Tom Houser. 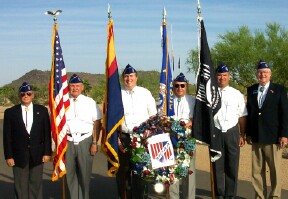 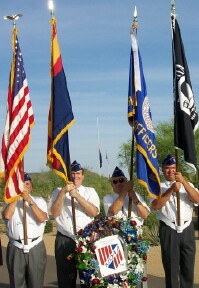