At the luncheon meeting on 15 November, nine members of the Arizona Chapter were awarded the Arizona Chapter Meritorious Service Medal for sustained superior service to the Chapter and it’s members.  Not shown in the picture is Irene Doto who received her medal at the January meeting. 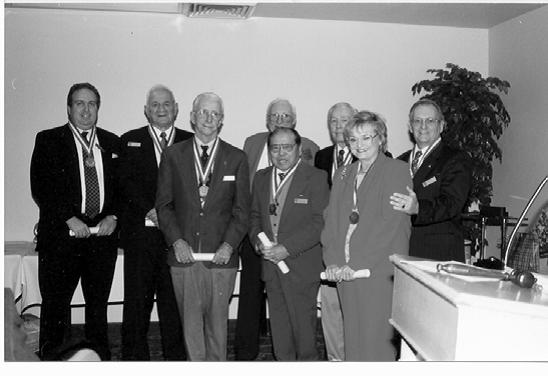