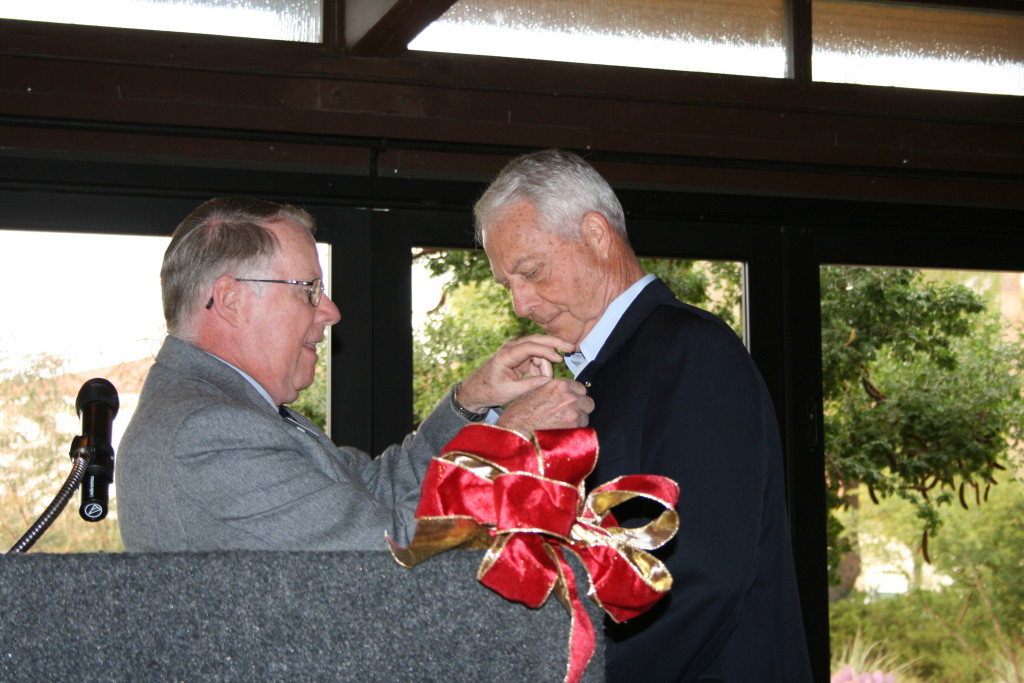 Colonel Fredricks was recognized for his exceptional leadership to MOAA at the national, state, and chapter levels. Gary,became our Chapter’s 47th President, serving in 2004. In addition, Gary has served in several other key chapter positions including Vice President and Legislative Liaison both at the state and national level. Gary served as the Arizona State Council President of MOAA 2005-2006. Gary also served on MOAA’s national board, ending his six year term recently as the 3rd Vice President of MOAA. Gary continues to be active in chapter activities as a mentor to all our chapter board members.

In addition to his continuing ministrations to MOAA, Gary has served as the Chairman of the Unified Arizona Veterans, a consortium of 50 veteran organizations operating in the state of Arizona. In 2010, Gary was inducted into the Arizona Veterans Hall of Fame, recognizing his many years of volunteer sacrifice to our state’s veterans. Gary currently serves on the Board of Directors for the Arizona Veterans Hall of Fame Society. Truly, Gary is the epitome of the veteran’s veteran, and is recognized as such throughout our state.