Lieutenant Commander Franklin Hale Lemmon, United States Navy, retired, was born in California on the 17th of July 1884.  He was the son of Sarah and Dr. John Lemmon.

Commander Lemmon enlisted in the Navy during the First World War, serving as a quartermaster.  Between the wars he rose to the rate of Chief Petty Officer.  He was stationed in Pearl Harbor during the attack on the 7th of December 1941.  Shortly after the war broke out he received his commission, rising to the rank of Lt. Commander before his retirement. 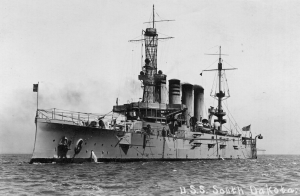 Commander Lemmon retired from the Navy on 16 March 1947, settling in Phoenix, Arizona.  He was active in the Freemasons, and was our 4th Chapter President serving during 1959.

Commander Lemmon died on the 26th of July 1976.  He was survived by his wife, Elsa.  He is interned in Resthaven Park, 6290 W. Northern Avenue, Glendale.? Arrangements were by the Chapel of the Chimes.