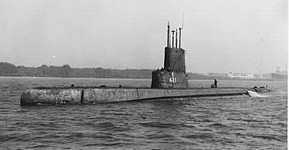 CDR Riedel served aboard the USS Trutta as the XO.

After graduating from Officer Candidate School in Newport, Rhode Island on 1 May 1958 as an Ensign, Commander Riedel served aboard two fleet oilers, first in Long Beach, California, then in Baltimore, Maryland.  He was selected for submarine training in New London (Groton), Connecticut, graduating in June of 1961.  Between June 1961 and July 1972, Bernie served aboard three submarines, his last being the USS Trutta as its Executive Officer. 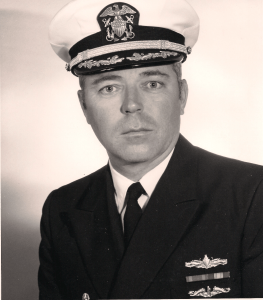 After serving on his first submarine, the USS Sarda, Commander Riedel was selected to attend the Navy Post Graduate School in Monterey, California.  In July 1966 Bernie earned a Masters Degree in Management.  Upon graduation, Commander Riedel was assigned to the USS Cobbler out of New London, Connecticut.

In January 1968, Bernie was assigned to the staff of the Commander, Submarine Force, Atlantic in Norfolk, Virginia.  In February 1970 he was assigned as Executive Officer of his last submarine, the USS Trutta.  Bernie was then selected to be the Submarine Liaison Officer to the Air Test & Evaluation Squadron One located in Key West, Florida.  Bernie served on flight status as an air technical observer for anti-submarine warfare research and development.

Commander Riedel then served aboard the supply ship USS Niagara Falls as the Executive Officer in the Vietnam War.  In August 1976, Bernie became the Commanding Officer of the USS Mauna Kea, an ammunition ship based out of Concord, California.  The chronological list of Commander Riedel’s assignment and promotions follows:

Commander Riedel retired from the United States Navy on the 31st of December, 1979.  Upon his retirement, Bernie went to work for the Digital Equipment Corporation.  Digital subsequently transferred him to their plant in Tempe, Arizona.  He and his wife, Marjorie, settled in Tempe where Bernie served as our 33rd President during 1987.