Commander Condon entered active duty with the United States Navy on 3 March 1941.  Assigned to the USS Arizona, he survived the 7 December 1941 attack on Pearl Harbor.  His sword & belt were salvaged from the ship.  The location of the sword is unknown, but his sword belt with shoulder strap is displayed at the University of Arizona Museum. 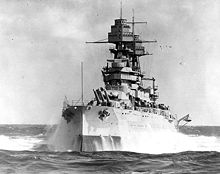 Commander Condon served as the Medical Examiner for Maricopa County, Arizona.  Erle Stanley Gardner’s first book in his popular Perry Mason series, The Case Of The Demure Defendant (1956) was dedicated to Dr. Condon, a Harvard Department of Legal Medicine alumnus and research fellow.  In addition to his duties as a Medical Examiner, Dr. Condon was also an expert polygraph examiner.  The American Correctional Association described him in a 1961 publication as “…..Dr. Daniel J. Condon, medical examiner at Phoenix, Arizona, and widely acknowledged as one of the nation’s best polygraph examiners…..”