Seven JROTC Scholarship awards were presented this year during the Chapter luncheon at McCormick Ranch Golf Course on Saturday, the 19th of May?2012.? There were three $500, two $1,000, one $1,500, and one $2,000 award.? The $2,000 scholarship, named after our long-time Scholarship Chair, the late Colonel Ron Worthington, was presented to Destiny Cervantez of North High School Army JROTC.? TriWest Healthcare Alliance, our most ardent supporter, donated $1,000 to the scholarship fund this year. 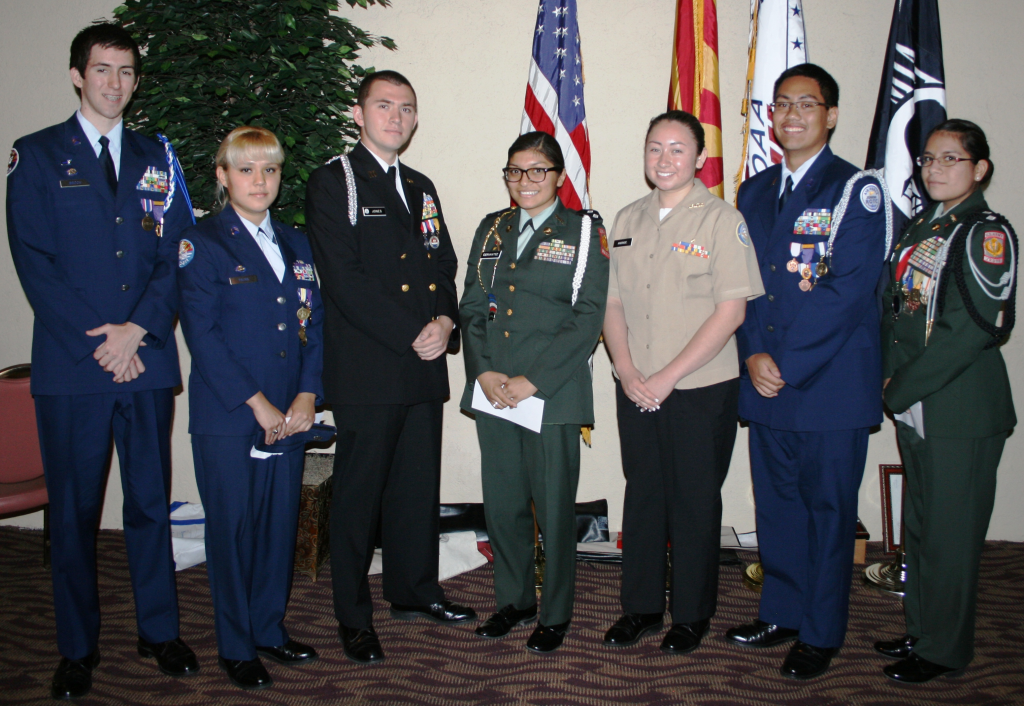